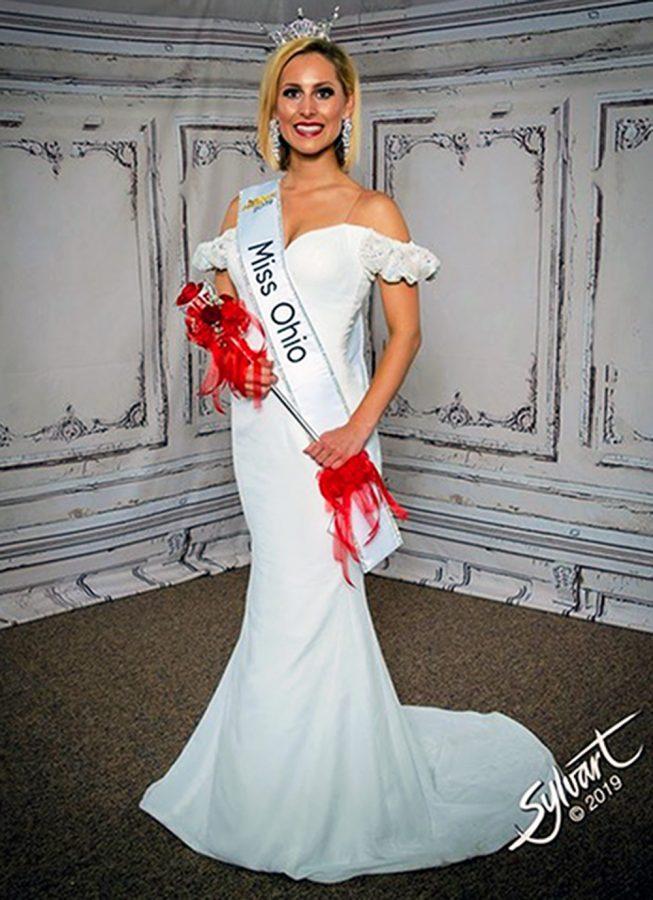 Miss Ohio is more than just a title, it is a business position, said Caroline Williams, seen here in her crown and sash. Photo provided by the Miss Ohio pageant.

Caroline Williams, a 2017 Miami graduate, is making efforts to enhance emergency procedures through her “Text 911” initiative. Williams, who is also Miss Ohio, will showcase this initiative when competing in the Miss America 2020 pageant on Dec. 19 in Uncasville, Connecticut.

During her time at Miami, Williams changed her major six times until finally getting a diploma double majoring in theater and music. As a student, she was in multiple productions, collegiate chorale, Chi Omega sorority and a tour guide.

Williams is now an admissions counselor at Miami and says that her experience as a tour guide gave her a “glimpse” to the “admissions world,” which made her fascinated by it.

“After living in New York City and working a theatre contract in Iowa, I decided I wanted a more stable lifestyle and pursued an open admissions counselor position,” she said.

Last summer, Williams was crowned Miss Ohio 2019. She previously had competed for the crown in 2017 after becoming Miss Oxford, which gave her the opportunity to compete in Miss Ohio.

The beauty pageants are considered “scholarships.” The Miss Oxford scholarship, which will be held March 7, is a preliminary competition to the Miss Ohio, Miss America and Miss America’s Outstanding Teen scholarships. Williams was not only awarded the crown and the title of Miss Ohio, but she also won a $10,000 scholarship.

The Miss Ohio pageant allows contestants to compete as many times as they want between the ages of 18-25. Although Williams won the title in her second attempt, she never grew up wanting to be a beauty queen.

“I justified the experience as a ‘bucket list item,’ and thought nothing would ever come for it,” she said.

The Miss America pageant has been around for nearly 98 years. The first competition was in the summer of 1921 and it has continued to be one of the most recognized competitions across the country. It was the first competition that had a talent category and awarded contestants with scholarships to help further their educations.

Last year, the pageant made a change in the competition structure by eliminating the swimsuit category. The contestants now use that time in the contest to focus on advocating for their social impact initiatives.

While competing for Miss America, Williams will share her “Phones Save Lives” proposal.

“We are on our phones all the time, why not use them to the fullest?” she said.

“The official title of my social impact issue is Caroline’s Crisis Call: Know the F.A.C.T.S. of calling 911.”

Williams created the acronym F.A.C.T.S. to teach people what to do during an emergency.

A – Assign individuals to help you

T – Thorough, be detailed when describing the emergency to 911

One issue that Williams brings up is that not all counties in Ohio allow you to text 911. Luckily, in Butler County, you can; but it could be an alarming situation to victims in other counties trying to contact 911, if they are unable to speak.

Williams recently met with Gov. Mike DeWine about implementing “text-911” across the state of Ohio. If Williams wins the crown, her goal is to share her platform at the national level.

“I want to implement text-911, possibly partner with a phone company to create tutorial videos on how to set up SOS calling and be relatable,” she said.

To prepare for the nationally televised pageant, Williams has stayed up to date with the news and current events to try to be the “best Miss Ohio she can be,” and an outstanding example to those in her community.

When asked what her thoughts are on the possibility of being crowned Miss America, she said, “Miss America is not a princess job, it’s a business position.” 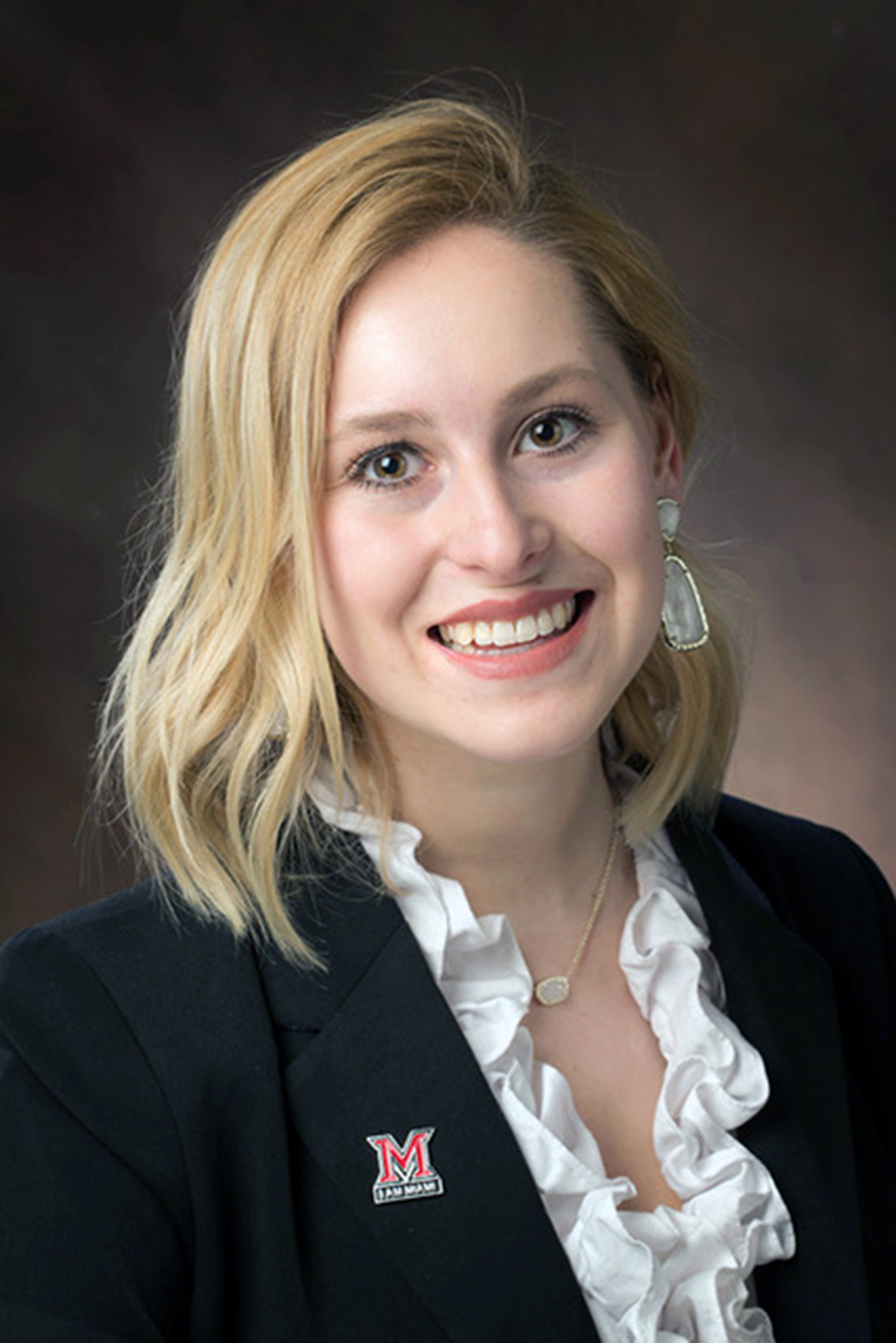 A Miami graduate in 2017, Caroline Williams now works in the university’s admissions office. Photo provided by the Miss Ohio pageant.

As stated on Miss Ohio’s website, “’Miss Ohio’ and ‘Miss America’ is more than just a title. She is a woman who reflects tradition of style, sophistication, and service.”

“I think it’s important to show the ups and downs of your journey to success. We need to break away from this ‘highlight reel’ culture,” Williams said. “It’s not all about the glitz and glam, a beauty queen is not perfect, it takes hard-work and dedication just like there are good and bad days.”

The Miss America pageant stands for, “empowering young women across the country to be the best they can be through leadership, talent, communication skills and smarts,” according to its website.