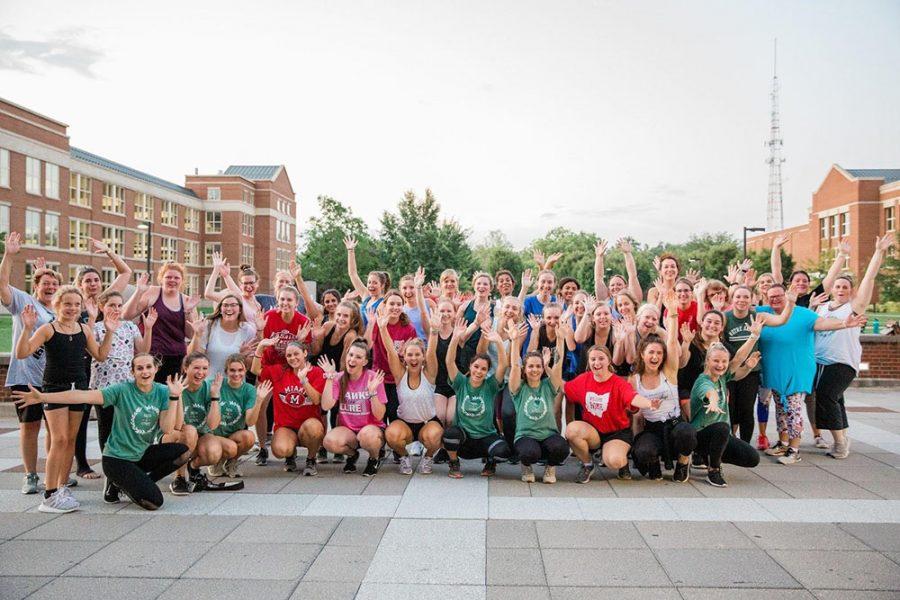 For the past seven years, Josie Rader and her Faith & Fitness program have provided free exercise classes to Oxford residents and now, at six other locations in Ohio.

Faith & Fitness is a nonprofit group that weaves the word of the Lord into the sweat and strain of exercise.

Each week, the classes have a different theme. For example, one week the message was joy. Before the class begins, the participants come together and hold hands in prayer, asking God to bring joy and strength to what they’re about to do. Throughout the class, worship music is played while the instructor tells the class to remember the message as a motivation to get through it. Then, at the end, the class prays again and gives thanks to what they’ve just accomplished.

Rader started the organization in 2012, while a sophomore studying gerontology at Miami. She said she struggled with balancing exercise, her personal life and school.

“I felt like there was a lot of pressure on what you looked like at Miami,” she said. “I remember being so discouraged by what I looked like, there was always something that was wrong.”

She recalls obsessing over how she looked to the point where it became unhealthy. She knew something had to change.

Instead of going to the gym to burn as many calories as possible or run as fast as she could, Rader began looking at exercise in a new light. Faith had always been a part of her life, so she began to apply it to exercise. She listened to music that contained moral messages while she worked out and made her goal to feel good, not just look good.

“When I focused more on loving my body and loving people it really changed my entire outlook,” Rader said.

After reshaping the way she thought about exercise, Rader felt the need to share her experiences. At first, it began with a small group of friends working out and encouraging each other through Christ.

Then in 2013, Faith & Fitness was officially created as a student organization through Miami. The other members would–and still do–meet at the Sesquicentennial Chapel on campus to work out and practice their faith. Rader continued the club after her graduation in 2016.

As the organization comes up on its seventh anniversary, a lot has changed. It now has locations at the University of Dayton, University of Cincinnati and Ohio State University, as well as in Hamilton, Trenton and Jackson. One of her donors also bought a new studio in Uptown Oxford located at 14 W. Park Place Suite B.

From the start, Rader said she has had a clear mission: invite all people to come together to get healthy and bring glory to God. Faith & Fitness is not affiliated with any religious denomination and even encourages nonbelievers to attend their classes.

“We don’t care who you are or what you believe in,” she said. “We just want you to come and feel loved.”

Camdyn Yoder, a junior education studies major at Miami, has been taking classes with Faith & Fitness since her freshman year.

“I really enjoy the intimacy of it,” she said. “Even if there are quite a few people there, everyone makes it feel like a really welcoming space towards anyone.” 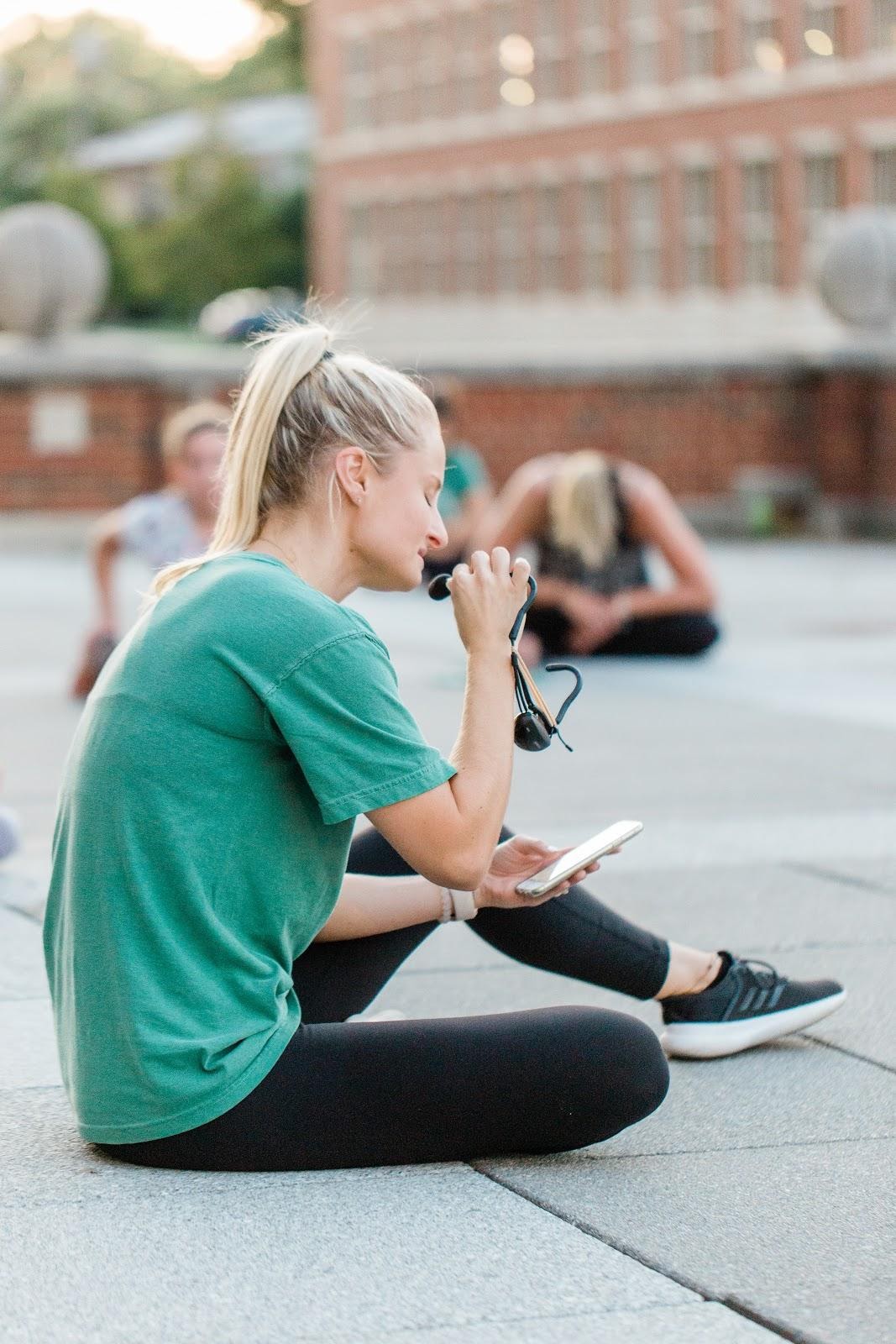 Josie Rader, executive director and founder of Faith & Fitness, leads the group in prayer after a workout class outside of Miami’s rec center. Photo provided by Faith & Fitness
Rader is able to run the program with the help of volunteers and donations. Each of the certified  instructors that lead the classes is volunteering their time. She also relies on a group of donors that allow her to keep the business going.

What started as a group of friends working out together and strengthening their love of God has grown to over 1,000 members across all of the locations doing the same thing, Rader says.

“I attribute all the growth to God and the wonderful people he has put into my life,” she said.

The organization offers a variety of classes to choose from kickboxing, Pilates, yoga, Tabata and more on the group’s Facebook page or by joining the email list on their website.

“I’ve realized that exercise can be fun, especially with a group of like-minded people,” she said. “You have more in common than just the want to work out, but also the love of Christ.”

The size of the class depends on the time of year and what the type of class, Rader said. However, the largest class they’ve held had 93 people, including Greg and Renate Crawford.

Rader has had to cut back to personally teaching just one weekly kickboxing class in Oxford. She’s been focusing more on her duties as executive director, but hopes to teach more classes soon.

“That’s where my passions are and I’m trying to get back to eventually,” Rader said.

“We just want to be a loving place where people won’t be criticized or judged,” Rader said. “This is between your body and your joy.”