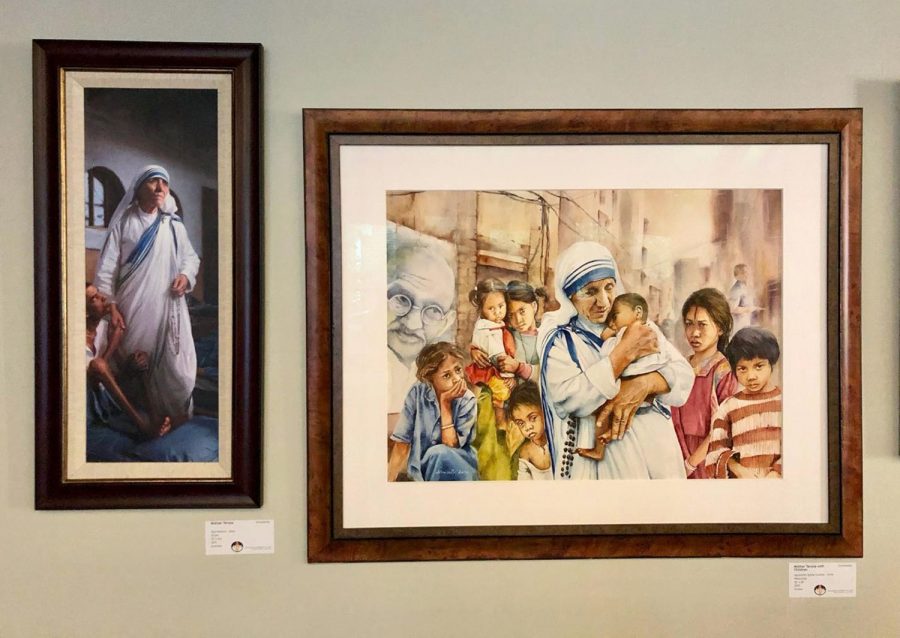 These paintings of Mother Teresa in the distinctive blue-bordered white habit of the Missionaries of Charity, are part of the display at the Interfaith Center. Photo by Marla Chavez Garcia

The Interfaith Center is reinvigorating its mission to cultivate understanding and appreciation of diverse religious traditions with an exhibition of paintings that honor Mother Teresa.

Mother Teresa’s generosity of spirit fits well with the mission of the Interfaith Center, said Geneva Blackmer, the director of the center.

Mother Teresa was born Anjeze Gonxhe Bojaxhiu, of Albanian parents in what is now North Macedonia, in 1910. She became a Roman Catholic nun at the age of 18. In 1929, she was sent by her order to be a missionary in India. There, she founded the Missionaries of Charity, dedicated to living among and bringing comfort to the poor and diseased in the slums of Calcutta. 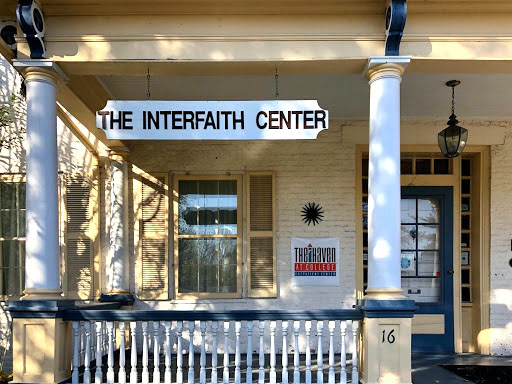 The Interfaith Center at 16 S. Campus Ave., tries to foster common understanding among all faiths. Photo by Marla Chavez Garcia
In 1979, she received the Nobel Peace Prize for her work among the poor and distressed. When asked at the time how to promote world peace, she responded: “Go home and love your family.”

Mother Teresa died in 1997, and in 2016 she was canonized by the Roman Catholic Church as Saint Teresa of Calcutta.

“Mother Teresa, served all those in need regardless of religion, race, socioeconomic status. In this, she embodies the potential of what an interfaith movement can be,” Blackmer said.

The Missionaries of Charity now has branches across the world where they work in helping the homeless and those affected by AIDS. 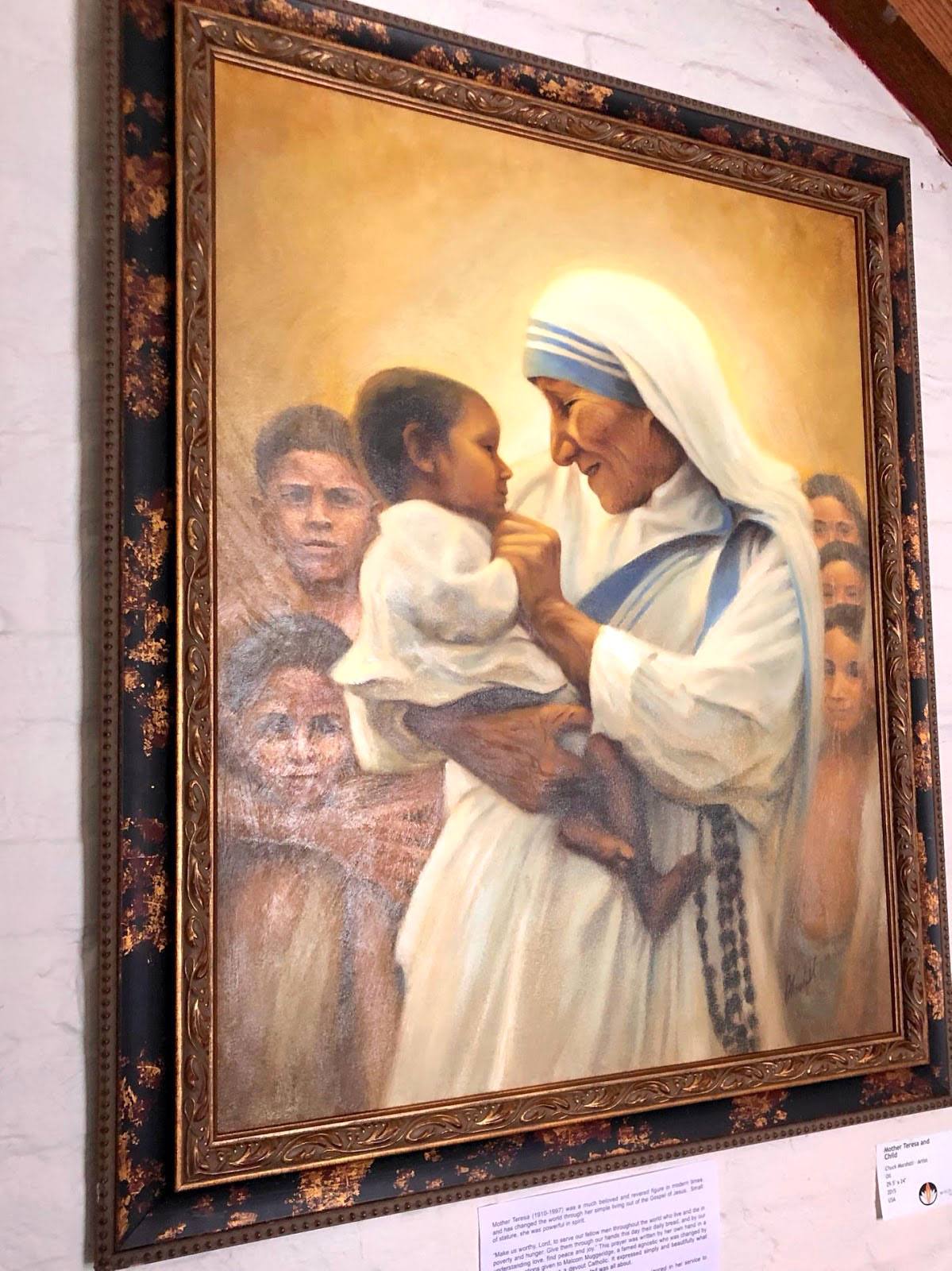 Mother Teresa is especially known for providing aid and comfort to needy children. Photo by Marla Chavez Garcia
The Interfaith Center strives to “invite people from diverse, secular, spiritual, religious traditions to participate in each other’s practices in order to cultivate appreciative understanding and friendships,” according to its Facebook page.

Blackmer said she hopes to continue the partnership with the Museum of Spiritual Art to receive portions of their collections.

“We hope to receive artworks from their current Martin Luther King Jr. exhibition and hope to build similar partnerships with other museums in the future.”

The exhibition is open at the Interfaith Center from 9 a.m. to 5 p.m., Monday through Friday, through April 2020.