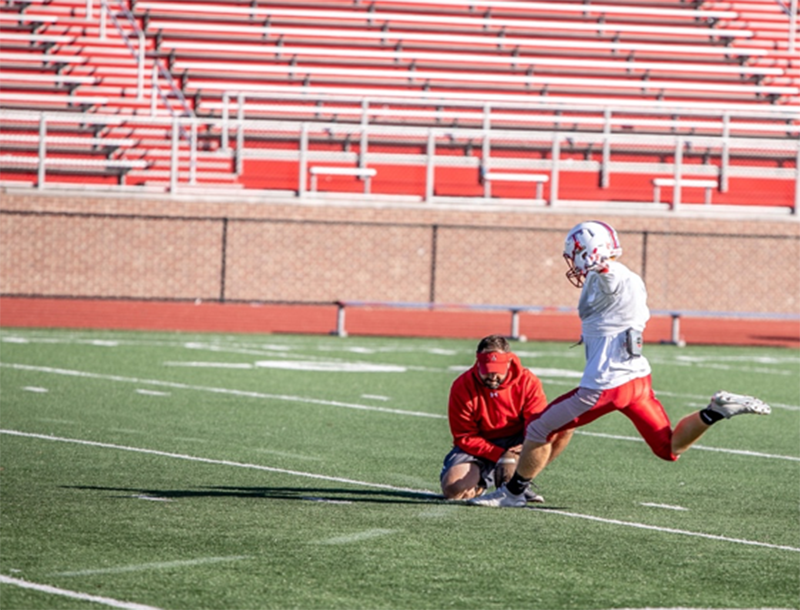 Talawanda High’s varsity football team ended a brutal 2018 season on Oct. 26 against Ross, losing 18-7. The beating came on the heels of 12 players suffering season-ending injuries throughout the fall, including the starting quarterback, Adam Crank.

The Braves finished 2-8 and sat at the bottom of the Southwest Ohio Conference at 0-5. The only two wins came at the beginning of the season.

The last time Talawanda football had a winning season was in 2014, when they went 7-5.

Losing Crank to a torn labrum (shoulder) injury during the first game of the season was the biggest factor in their disappointing performance, said Coach J.D. Vonderheide.

Sophomore quarterback Tyler Teeters finished out the rest of the season. Vonderheide says the transition wasn’t easy, and it pushed the team to switch gears into a more run-oriented offense.

“So, it’s been process,” Vonderheide said during practice on Oct. 24 before the Ross game. “(Teeters has) had some really good games, and kids around him have done a good job stepping up, but it changes the whole impact of the season,” the coach said.

Teeters threw for over 1,000 yards, but also turned the ball over a total of 19 times, which included 10 fumbles and nine interceptions.

Despite the team’s struggles, 6’3 junior running back Terrell Wills rushed for 700 yards this season. He averaged 5.2 yards per carry coming into the final game. The team relied on the starter Wills, and senior Tyler Prater, who played both running back and wide receiver, to help relieve some of the pressure on Teeters. With Prater graduating, Wills is likely to see even more rushing attempts in the 2019 season. 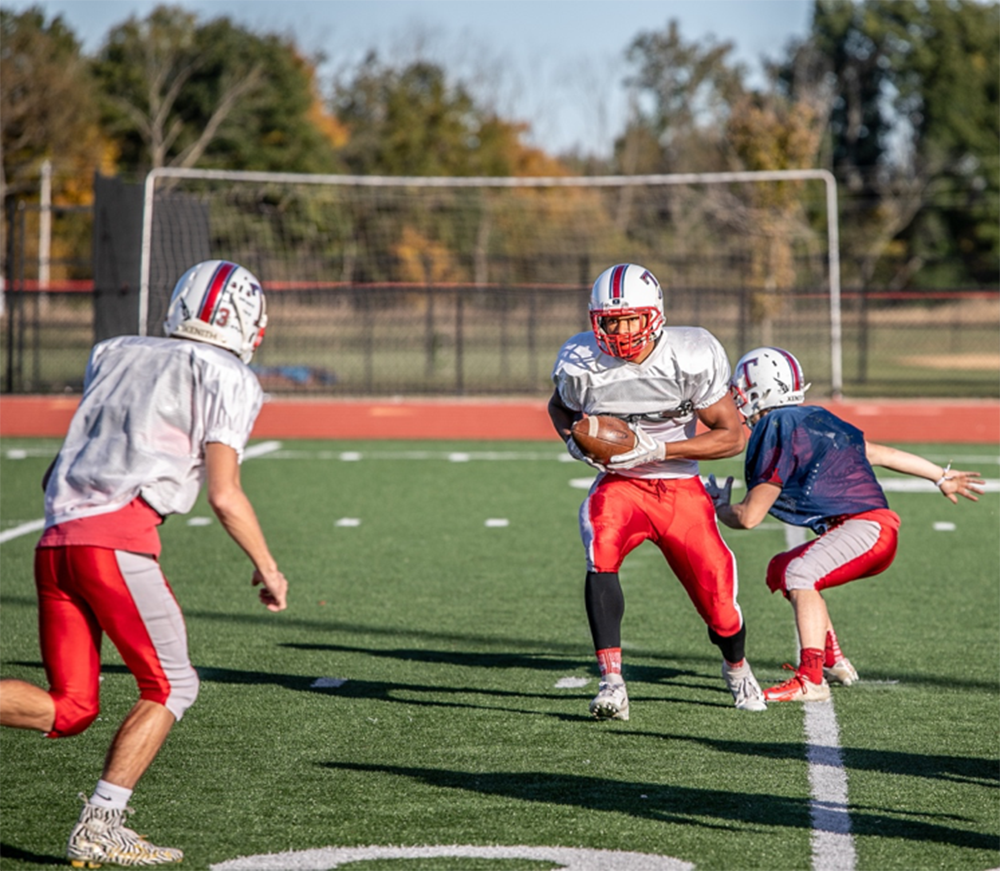 Junior running back Terrell Wills (middle) runs through the team’s offensive plays as he prepares for the team’s final game against Ross.  Photo by Shelby Frieszell

‍Two seniors, Christopher Richardson and Andrew Marcum, hope to play collegiate ball but haven’t made decisions as to where. Signing day is in February. Richardson is a tight end and defensive end, while Marcum plays on both the offensive and defensive lines.

Although 2018 was a disappointing season for fans and players, Vonderheide said they learned a lot about themselves and he was still proud of the way his players faced adversity.

“You’ve got to be able to adjust and stay positive,” Vonderheide said. “I’m tremendously proud of our kids, they’re almost like my own kids…obviously it hasn’t gone the way we wanted it to go, in terms of wins and losses, but I know that they’ll be stronger young men and better adults, and be prepared for some more of the challenges life brings them because of this.” 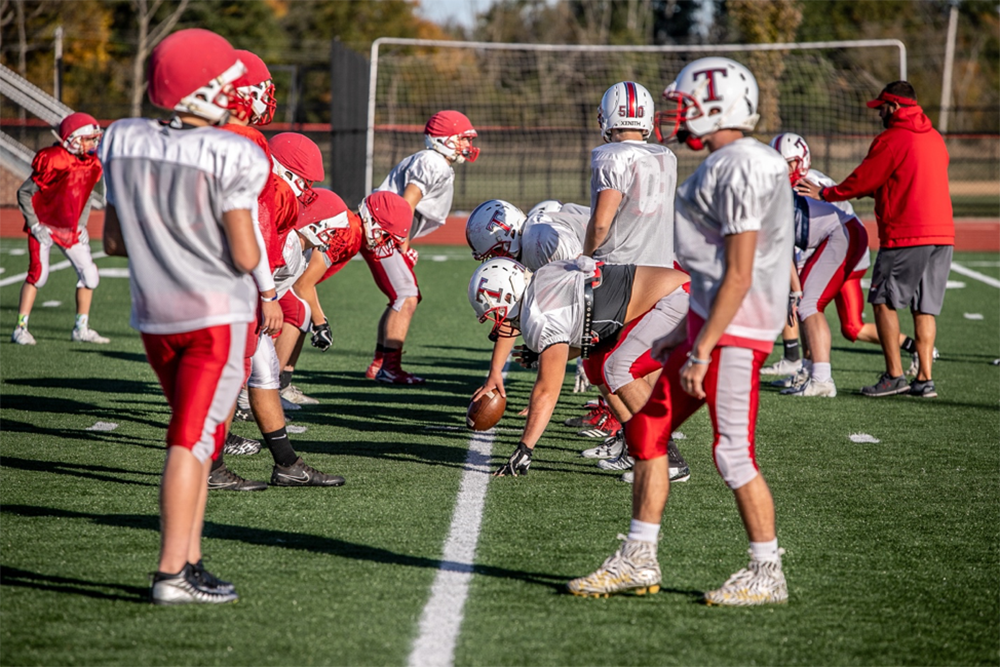 Head coach J.D. Vonderheide (far right) instructs his offense at practice Oct. 24, as the defense lines up to defend the play. Photo by Shelby Frieszell