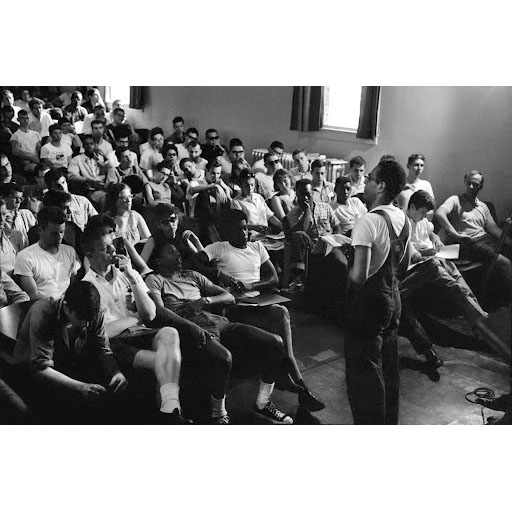 A photo of voting rights activists being trained in Oxford the the 1964 “Freedom Summer.”

The Miami University Art Museum will show the film “Training for Freedom” at 2 p.m. Saturday, Sept. 10, in the museum’s auditorium.

The film presents the history and personal stories of those who came together in Oxford as they prepared to help register Black voters in the deep South during the historic 1964 Freedom Summer campaign.

The film follows the story of members in the Oxford community as they trained to help Black Americans in the south register to vote during the 1964 Freedom Summer campaign.

The event is free and open to the public. Refreshments will be provided.