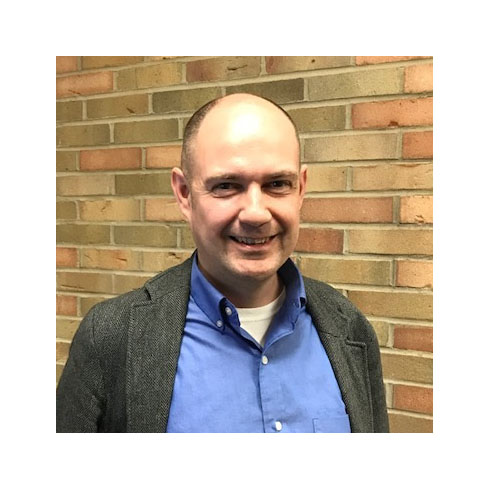 For someone who holds both the American Revolution and the British monarchy dear, this fact is hard to comprehend. As a naturalized citizen of the United States, I declared, under oath, to “absolutely and entirely renounce and abjure all allegiance and fidelity to any foreign prince, potentate, state, or sovereignty, of whom or which I have heretofore been a subject or citizen.”

Ever since, I’ve regarded the Stars and Stripes as my flag, embracing this country with the zeal of a convert. At the same time, memories come flooding back. I’m a 5-year-old child again, waving my Union Jack as the Queen’s motorcade passes down the road, royal ensign flying. How many other British schoolkids waved that same flag during Elizabeth’s 70-year reign? My memories are unremarkable, but no less poignant. I’m surprised to find myself so British in sympathy after 18 years in Ohio.

Of course, Elizabeth’s reign is remarkable for the changes it embodied, as well as its sheer continuity. Since 1952, the Queen has seen the coming and going of 15 different Prime Ministers, from Winston Churchill to Liz Truss. Truss, the most recent, met with the monarch just two days before the latter’s death. The royal audience is equivalent to the American presidential inauguration. Speaking of presidents, the Queen has formally met with 13 of the last 14, from Harry S. Truman to Joe Biden (Lyndon B. Johnson being the unique exception).

Above all, the Britain that Elizabeth leaves behind is unrecognizable from the Britain she inherited. Gone is the empire and, with it, the old way of the world: overbearing, paternalistic, starchily constricted by conventions of class, race, and gender. The Britain celebrated by the Queen in her annual Christmas Day message — a required viewing in British households — was informal, multicultural, meritocratic and open to change. The Queen herself was a blue-rinsed agent of change, moving the monarchy along with the times while retaining a certain immutable style that changed little over the years.

Americans may be most familiar with the Queen’s life through the Netflix television drama “The Crown.” Spanning generations of British history over four seasons, “The Crown” straddles the Queen’s reign from her accession to the era of Charles and Diana. Future seasons beckon viewers to the twenty-first century. Brilliant and lavish, the series is as much a commentary on British society written largely as a fly-on-the-palace-wall perspective. Though heavily-fictionalized in many details, The Crown’s impact on public opinion has been tangible and often discussed. Coupled with the Queen’s recent Platinum Jubilee and the nostalgia accompanying her 70-year reign, “The Crown” has elevated Her Majesty from a beloved monarch to a pop-cultural icon, humanizing the sovereign by exposing her trials and tribulations.

Familiarity may not bode well for the British monarchy in the long run. The British crown is not a popularity contest, and — hard as it may be for Americans to grasp — the British royals are not “celebrities” in any normal sense. By stripping the monarchy of its mystique, the media’s gaze threatens to tear down the house brick-by-brick.

The late Poet Laureate Ted Hughes best summed up the complex relationship between the British monarchy and its subjects in his poem “The Ring:”

a melt of strange metals.

To be folded and hammered […]

It is formed, is the living

Crown of a kingdom

The ring of the people.

As the crown passes hands once again, I reflect. All I can think is, “God Save the King!”

About the author: Matthew Smith is a visiting professor of history at

Miami’s Hamilton campus and director of public programming at Miami

University Regionals. A native of the United Kingdom, he has been a