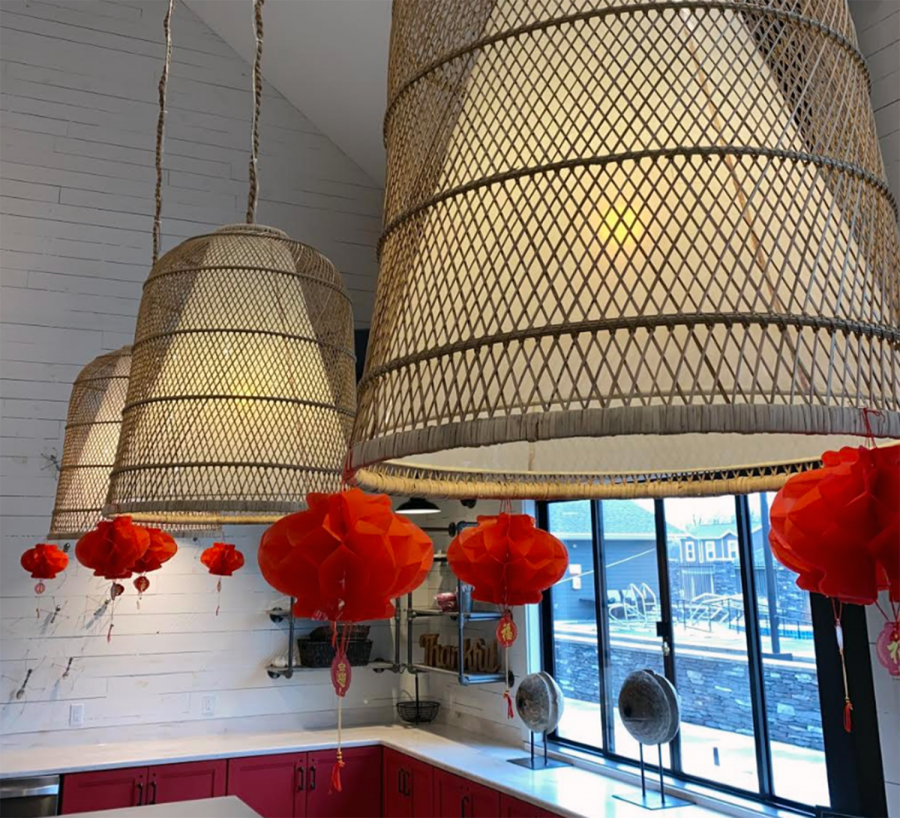 Red is the traditional color used to celebrate the Chinese New Year. Photo by Paige Scott

By Paige Scott and Yuhuizi Zhu

Fear of the fast spreading coronavirus has prompted cancelation of this Saturday’s planned Chinese New Year Festival in Oxford and in several other communities across the country.
‍

Chinese New Year, also known as the Spring Festival and the Lunar New Year is a time for a family reunion. People who are far away hurry to return home. As of Thursday, China has more than 28,000 confirmed cases with 563 deaths from the virus. Officials in China have been saying for weeks that they feared all the holiday travel would hasten the spread of the virus.

There have been no confirmed cases of coronavirus in Ohio, but The Chinese American Cultural Society cancelled the local festival it had scheduled to have Saturday in Miami’s Hall Auditorium.

“Because the coronavirus is infected through the respiratory tract, which means having many people in one room will increase the possibility of infection, holding an event like this will increase the panic among all the people,” said Niuying Cao, vice president of the society.

She said that it was a hard decision to make, but members of the society knew it was the smartest thing for them to do. She said they didn’t have trouble coming to an agreement among themselves because they all believe that the sake of public health should be the biggest concern.

The Annex apartment complex held one smaller celebration of the Chinese New Year in Oxford. The complex, 1562 Magnolia Drive, is home to many Chinese and American students. The Annex had cancelled some Welcome Week events the previous week because of concerns over the virus, but decided to go ahead with this one.

Decorations remained up in the apartment complex clubhouse throughout the week. 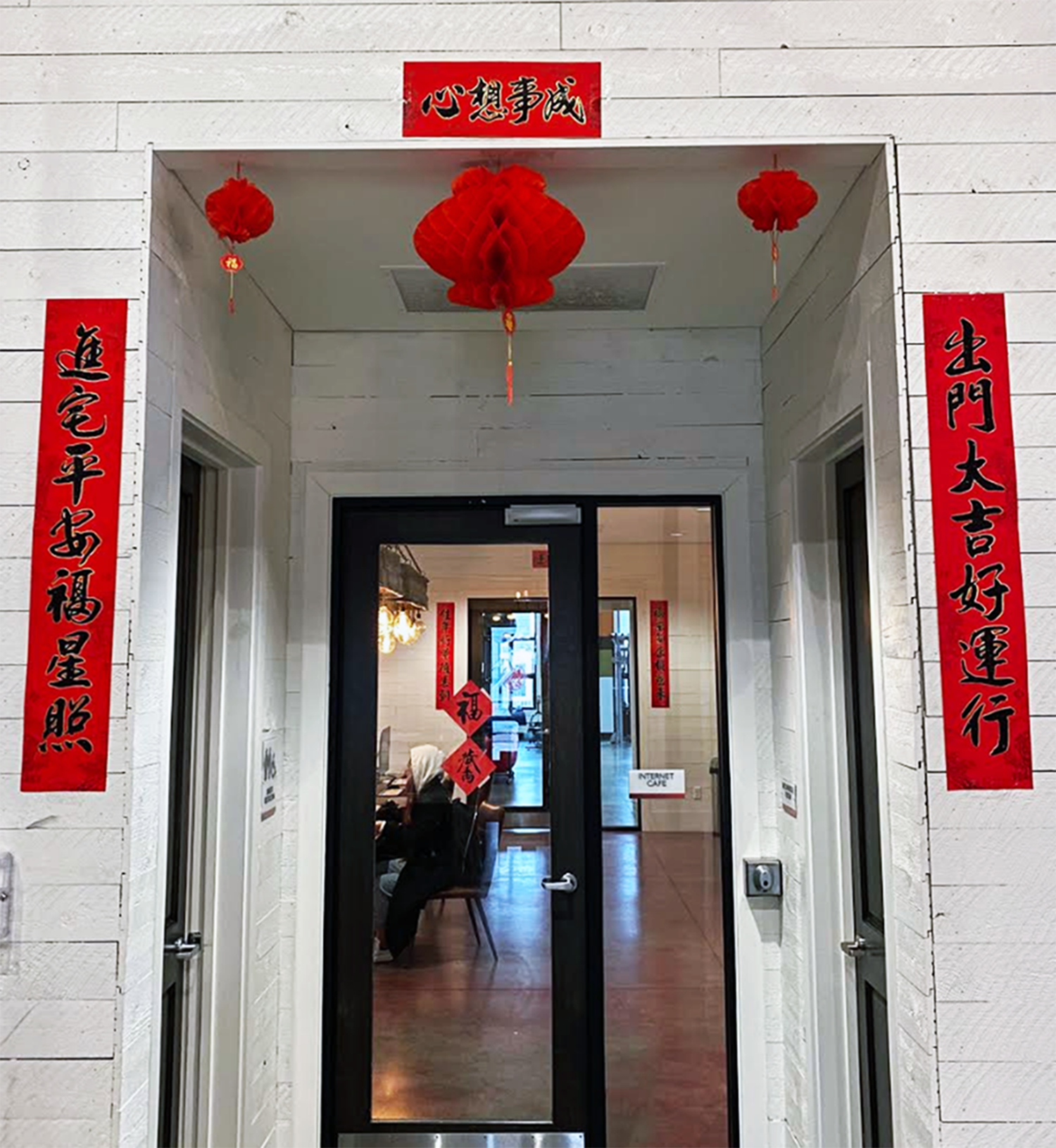 Traditional red decorations celebrating the Chinese New Year hung in the clubhouse of the Annex apartments this week. Photo by Paige Scott
‍

In China, about a week before the festival, people prepare for the new year dinner. Parents normally would clean the house and sweep the dust. In Chinese culture, it is known as sweeping out the old in preparation for the new year.

The New Year’s Feast is a party where all family members get together and enjoy the meal. The food eaten on New Year’s Eve differs in different parts of China.

Shuheng Shen, an international student at Miami majoring in engineering and computing described it as a family celebration. “In my family, the New Year’s Feast is an effort of the whole family.”

In southern China, a traditional dish for the feast is jiaozi, also known as dumplings. In the North, it is customary to eat nian gao and taoyuan made of polished glutinous rice.

From 8 p.m. to midnight, families turn on the TV and sit together to watch the most prominent TV show, “Chinese New Year Gala,” which is broadcast by China Central Television.

But now, like festivals in towns across China, the biggest celebration in Oxford was over before it began.

Much of the local concern about the virus involved two Miami students who were isolated in their apartment last week because of concern that they were exposed to virus while in China over winter break. Blood samples from the two had been sent to the Centers for Disease Control and Prevention (CDC) for analysis. On Sunday it was announced the tests were negative and the students did not have the virus. But that did not change the decision to cancel the Oxford festival.

“It is good that the test results were negative,” Cao said. “But when we decided to cancel the event, the testing results had not been released yet.”

The Chinese American Culture Society aims to build an educational bridge, which links both Chinese and American cultures.

As stated on its website, “We want to serve those Americans who are interested in Chinese cultures and those Chinese students who want to explore deeper in the US and thus, promote cultural diversity on Miami’s campus.”

Miami University isn’t the only place that has cancelled holiday celebrations due to the threat of the coronavirus. According to the New York Times, there has been a cancellation of events due to the fear in the Big Apple. There have been no confirmed cases in the state of New York, but anxiety continues to grow within the Chinese community. There was an event that was going to take place at the cultural center in Flushing, which would have included live performances, hands-on activities, food and even a dragon parade.