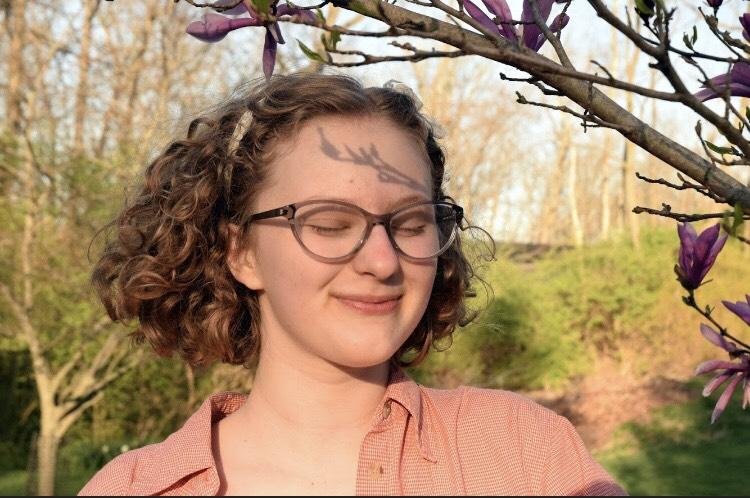 Talawanda junior Ella Cope has received a \$1,000 grant to oversee a mural project in Oxford. Photo courtesy of Ella Cope

Cope is a Girl Scout. As part of her quest to earn a Gold Award—the organization’s highest honor—she is managing a mural project at 119 West High Street. It will feature the story of three student volunteers who traveled from Oxford to Mississippi in 1964, and were murdered there.

Cope received a $1,000 grant from the E.W. Smith Family Charitable Trust to fulfill her plans.

When finished, the painting will cover an open wall behind Rittgers & Rittgers, a law office. The wall faces the Oxford Community Arts Center.

Cope said the project “will depict the civil rights work and the advancement of social justice in our town.”

Andrew Goodman, Michael Schwerner and James Chaney had traveled south with the Freedom Riders to help register voters. The trio were among many volunteers who trained for their tasks at what is now Miami University’s Western Campus, from June 14-27, 1964, now known as Freedom Summer.

It was later determined that they had been seized by a group of Ku Klux Klansmen aided by local police officers, taken to a remote area and shot. Their bodies, buried in an earthen dam, were discovered a few weeks later. Public outcry over the killings is credited with helping spur passage of the federal Civil Rights Act.

After their murders, their car, a blue station wagon, was found abandoned alongside a road in Mississippi.

“The blue station wagon is a symbol in Oxford history and a turning point in the civil rights movement on a national scale,” Cope said.

To commemorate the victims, she plans to set her mural within the frame of a blue station wagon. 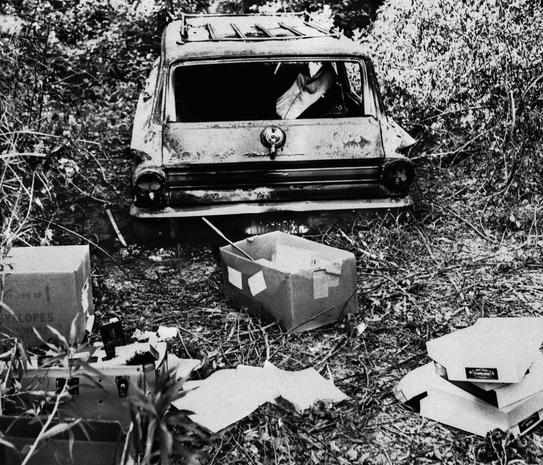 The bodies of three volunteers who traveled from Oxford to Mississippi to help register black voters in 1964 were found a few weeks after their abandoned blue station wagon. Girl Scout Ella Cope said the car is a symbol of civil rights activism. Associated Press photo

As for the main content of the art, Cope advertised with flyers and social media to recruit Oxford artists to submit design ideas for the 8-foot-high, 20-foot-long mural. A design will be selected from a committee of representatives of the NAACP and the Smith Library of Regional History.

“The artist will have full artistic control, and all of the materials will be provided,” Cope said.

Dick Sollmann, advisory board chair at the W. E. Smith Family Charitable Trust, said that Ella won the grant herself.

“She’s the one really putting all of this together,” he said.

To achieve this honor, a Girl Scout must propose a project to a committee, which reviews the proposal in accordance with the organization’s standards.

Shriver said an approved project is one that focuses on service learning and requires the scout to “build a team with people in their community.”

“Teamwork is what the Gold Award is about,” Cope said.

Her idea for a mural was inspired by wall art she had seen in Cincinnati and Hamilton.

While initially apprehensive about the undertaking, Cope attributes her progress to the Public Art Commission of Oxford (PACO) and her project advisor, Joe Prescher, who serves on the board of the commission.

“PACO made it possible and was instrumental in the organization of this project,” she said, referring to the expedition of legal and bureaucratic aspects regarding the zoning for the mural.

While the Gold Award requires a minimum of 80 hours of work, Cope believes the total time spent on her project will be closer to 100 hours.

Despite the effort, Cope’s enthusiasm for her project is apparent.

“I’m a history dork and a social justice proponent,” she said.

The mural will be unveiled during the Oxford Community Arts Center’s Second Friday of the Month Celebration in June.