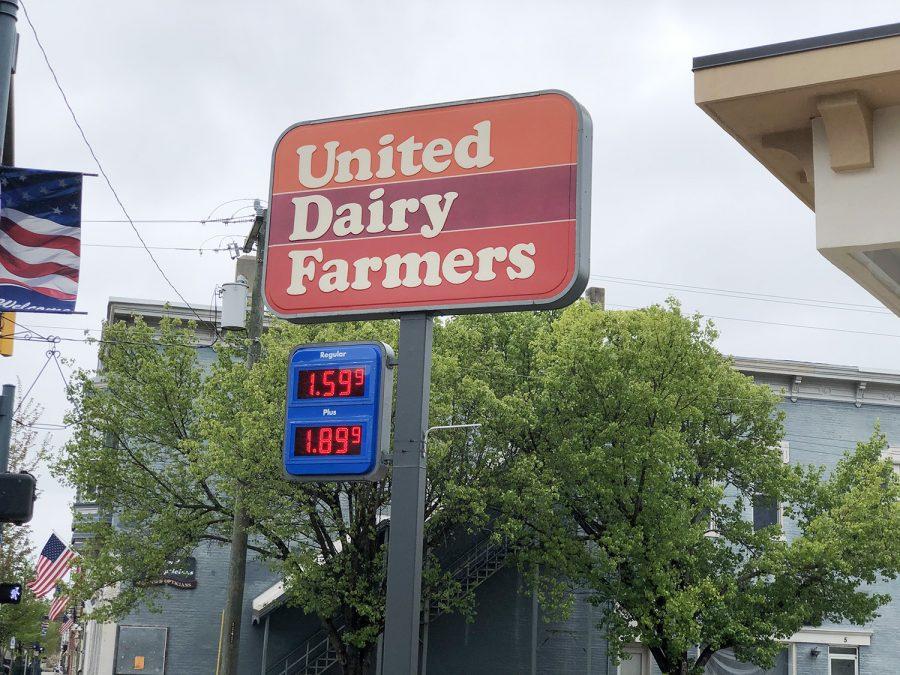 Regular gas was \$1.59 per gallon at the UDF on High Street, Thursday. Photo by Halie Barger

By Emma Hendy and Wenyan Dai

Not as many people drive around Oxford these days, but those who are, are finding bargains at the gas pumps.

Due to low demand and high supply, gas prices are decreasing all over the United States. The Saudi and Russian oil war over the cost of crude oil and travel restrictions due to COVID-19 are lowering consumer gas prices to lows not seen for many years.

Saudi Arabia exerts great influence on the OPEC (Organization of Petroleum Exporting Countries). Russia is not a member of OPEC and refused to comply with the organization’s production and pricing rules. Saudi Arabia increased its production to lower prices by increasing supply, hurting Russia. Last week, there were negative oil prices because there are no places left to store the increased supply of oil, according to Business Insider, an American business and financial news website.

According to AAA, the national average gas price is $1.77 which is more than $1 lower than the average a year ago at $2.88. Ohio’s average gas price sits at $1.45, which is also significantly lower than $2.67, the average a year ago. Only 12 states in the country remain with a price average of $2 or more. On Thursday, prices for regular gasoline at stations in and around Oxford were seen ranging from $1.59 to $1.62 per gallon for regular, but the numbers change almost daily. Earlier in the week the prices were showing at $1.45 per gallon and lower at some stations.

Due to travel restrictions and many people working from home because of the pandemic, the demand for oil has decreased, which also decreased the price,” said Steven Elliot, associate professor of economics at Miami University. “The pandemic part comes in the demand side. We are not driving anywhere, so the supply curve is shifting up and the demand curve is shifting way back.”

With the increased oil supply, it is difficult to store the excess supply of oil that has already been pumped, which adds on to the low oil prices, said Mike Curme, associate professor in economics at Miami.

Because of these factors, Curme said new oil production will decline in response to the high supply, so the world economy can recover by increasing the demand for oil. The demand increasing over time will also cause prices to rise again. 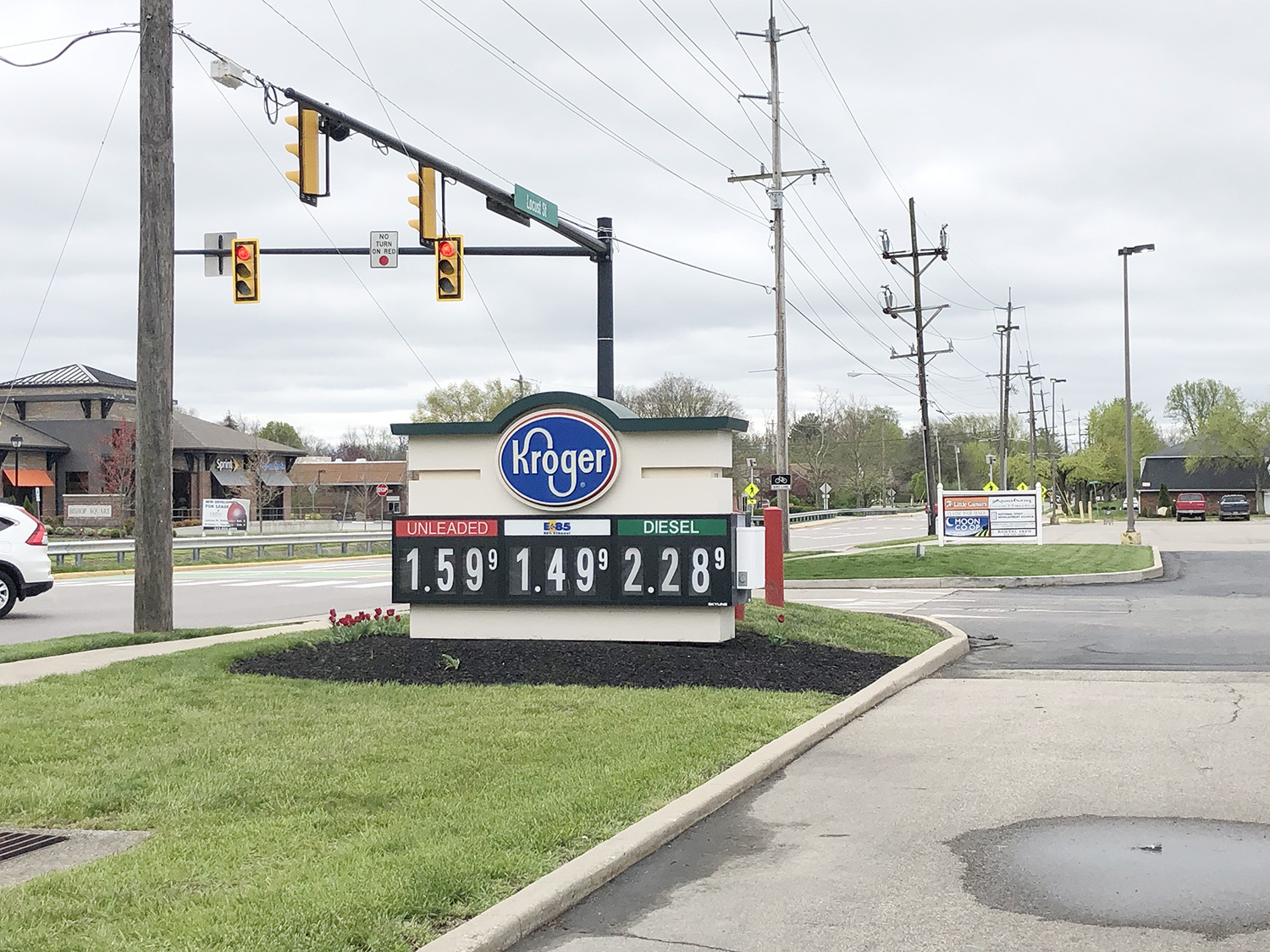 At the Oxford Kroger on Thursday, regular also was at $1.59 per gallon. Photo by Halie Barger

“It is the oil producers restricting new oil production and the timing of the economic recovery that will determine how quickly oil prices will rise,” said Curme.

“It is hard to say when prices will rise but the U.S. will always buy oil where it is cheapest,” said Elliot. “It depends on when we will be able to go places and buy things.”

“In terms of the U.S. dependency on foreign oil, the higher the world price the more the U.S. will use its own energy,” said Elliot. The low price of gas at the pump may be good for you when you pull in for a fill-up, but in the long term, it is hurting alternative energy sources. Assuming what we want is cheap energy, fossil fuels are cheap energy right now.”

It may be difficult for small oil producers to stay afloat while prices are low, which in exchange pushes oil supply to be restricted to raise the price, said Curme.

Although the price of gas continues to decline, the number of customers has not increased sharply. 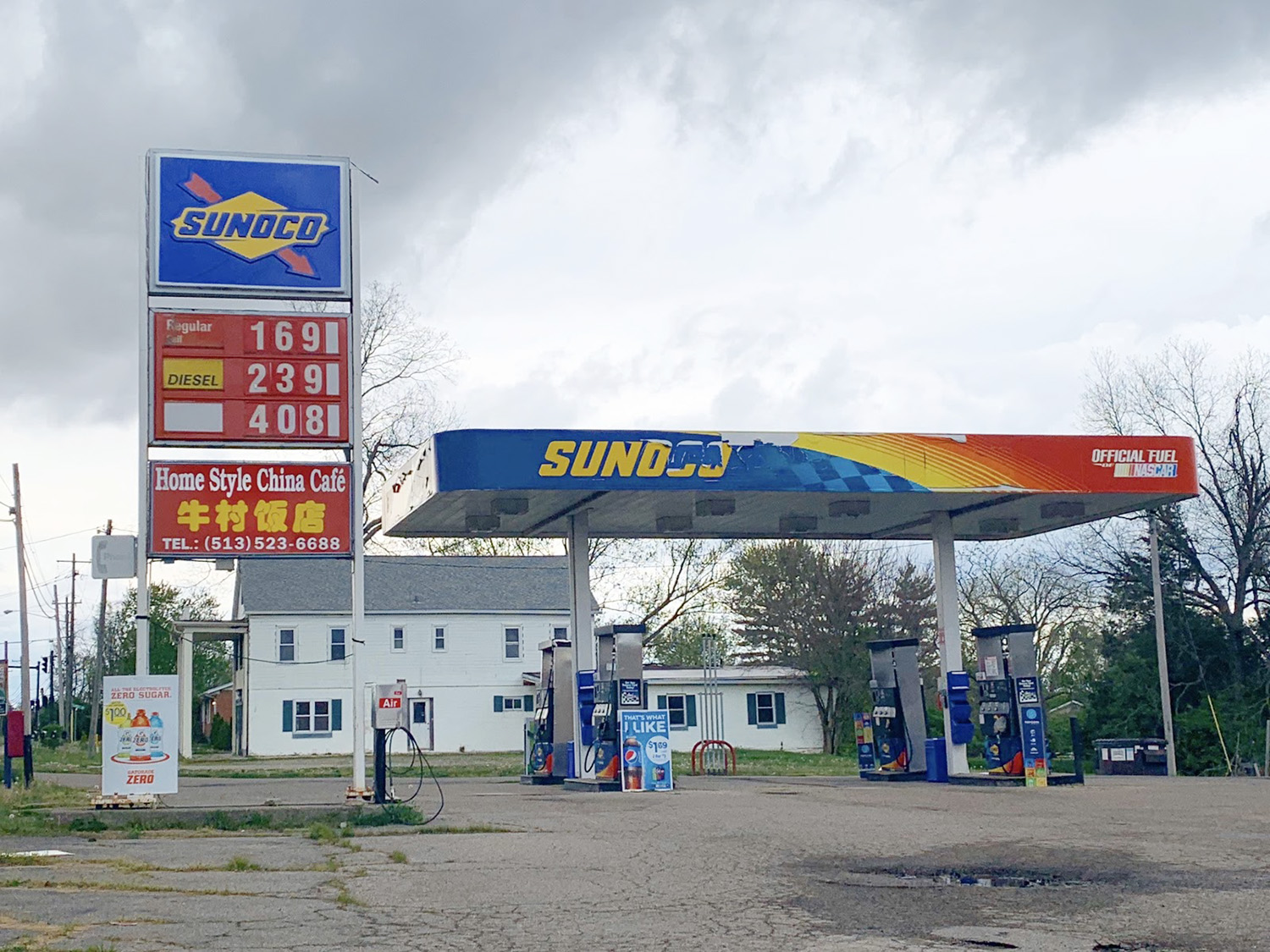 Regular was $1.69 per gallon Wednesday afternoon, at the Sunoco on College Corner Pike. Photo by Wenyan Dai

Kim Smith, an employee at the Sunoco Station on 5284 College Corner Pike, said she thinks the travel restrictions brought on by the pandemic are having the biggest impact on the station’s business.

“The gas price down is good for customers. But I haven’t seen a rise in customers these days, because of COVID-19,” she said. “Most people are not working, lots of places are shut down. So, there are not a lot of people driving around and doing things, therefore they don’t need much gas. So even though the prices are down, our sales are also down.”