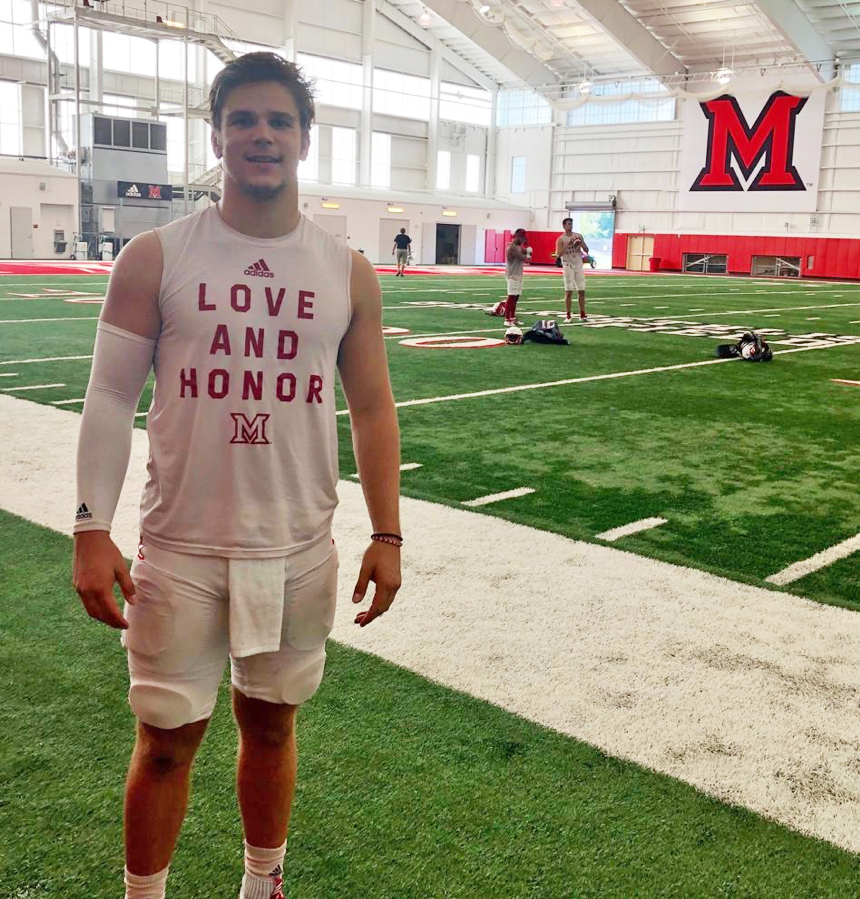 Brett Gabbert is the first true freshman to be named starting quarterback for the season-opening game in Miami football history. Photo by Massillon Myers

Brett Gabbert did something last Saturday that no Miami University quarterback had ever done before — not even two-time Super Bowl champion Ben Roethlisberger.

When the RedHawks took on the Iowa Hawkeyes at Kinnick Stadium, Gabbert became the first true freshman quarterback in Miami history to start in a season opener.

“Going out there on my first drive, not going to lie, I was pretty nervous,” Gabbert said. “But after I got a feel for it, made a throw, got hit, then I was locked in.”

For the first half, the RedHawks were competitive against a physical Iowa team. The RedHawks took a 7-3 lead in the second quarter and trailed by just three at halftime, before the Hawkeyes pulled away late in the game. Gabbert completed 17 of 27 passes for 186 yards as well as two touchdowns and one interception.

“That’s an experience of a lifetime,” Gabbert said. “With all of those fans and being out there with all of my guys was extremely fun.”

“He’s very poised and confident,” Martin said Tuesday after practice at the Dauch Indoor Sports Center. “When he decides he’s going to throw it, he has a really quick release, was very accurate, and made some really nice throws. Like you’d expect from a true freshman, he made some really good decisions, some mental errors, but overall everybody was pretty impressed.” 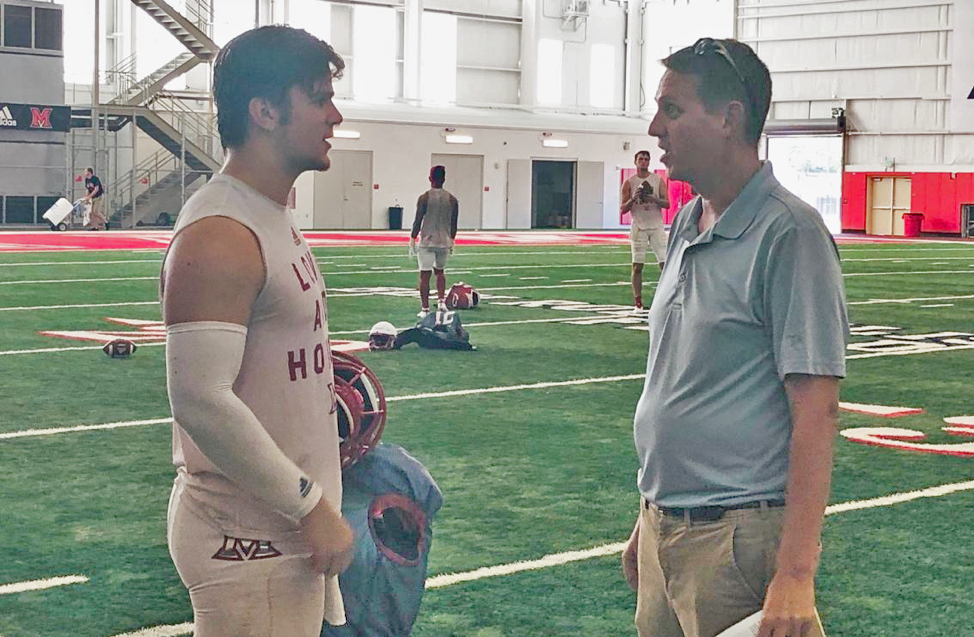 The decision to start the six-foot, 207-pound Gabbert came after a six-month, three-way quarterback competition between Gabbert, redshirt sophomore Jackson Williamson and redshirt freshman A.J. Mayer. Redshirting is a term used in college sports that describes delaying an athlete’s participation for a year to lengthen their period of eligibility.

“He’s been poised and confident in practice, maybe that’s just who he is. So, he earned the right,” Martin said. “It was a tough battle, the two other guys played well in camp, but we felt like he had the best camp and I believe that you should go with the guy that earned it, so he got the first opportunity and did very well for himself.”

Gabbert did something that not even Roethlisberger did when he was at Miami from 2001-2003. After arriving on campus in 2000, Roethlisberger was redshirted his freshman year before earning the starting spot the following year. After his junior year, Roethlisberger was drafted 11th overall by the Pittsburgh Steelers. In 15 years as a pro, he has won two Super Bowls and been named to six Pro Bowls. 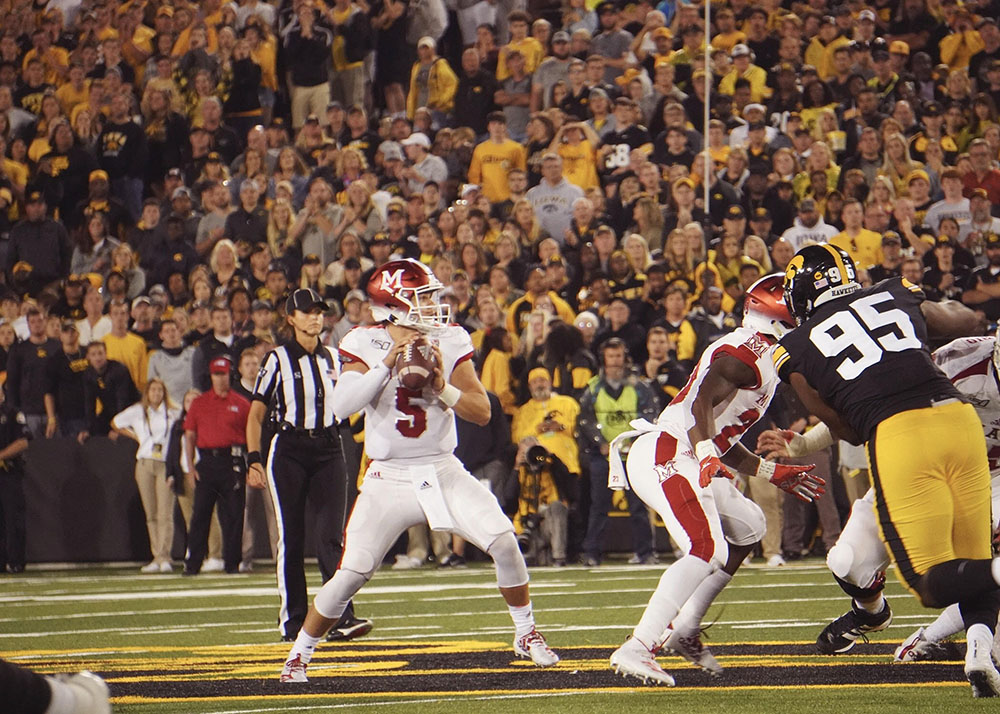 A year ago, Gabbert led his high school — Christian Brothers College High School in St. Louis — to its second straight Missouri state championship. When he arrived in Oxford, Gabbert impressed his new teammates early on.

“When he got on campus, I had a feeling he was going to be good,” senior placekicker Sam Sloman said. “Gabbs is a stud.”

Gabbert will start the game at 2:30 pm Saturday, Sept. 7 against Tennessee Tech, when the Golden Eagles visit Yager Stadium for the annual homecoming game.

Martin said in his press conference that the RedHawks will look to get their first win of the season against a Tennessee Tech team, which is coming off a 59-58 comeback overtime win against Samford.