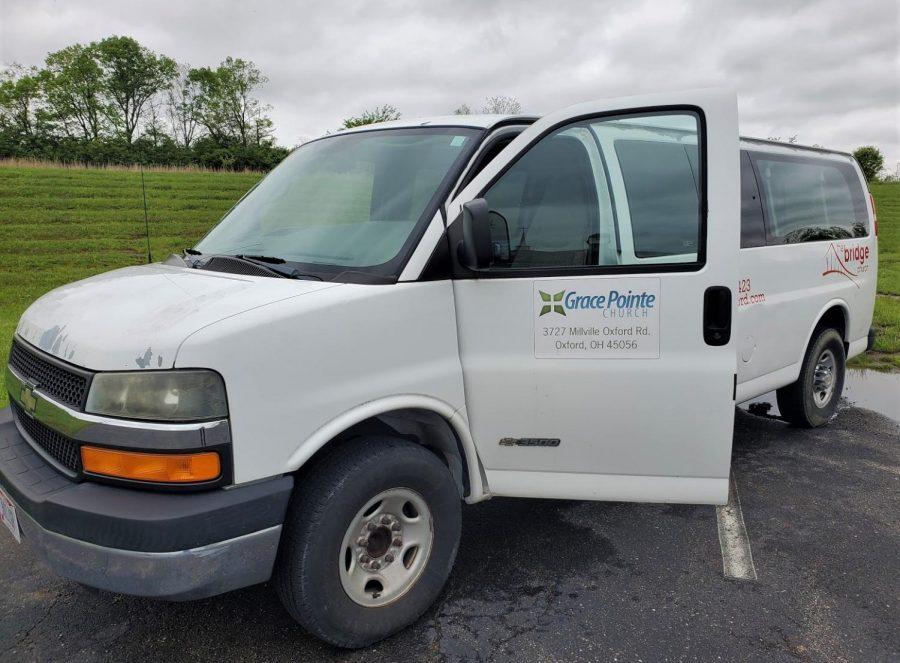 Bridge Point Food Pantry volunteers are banding together to continue to serve the community even after thieves removed and took both catalytic converters from the van that is used to pick up food donations.

Bridge Point Food Pantry is operated jointly by Grace Point Church where food can be picked up by those in need, and by Berean Bible Church, which owns the van that’s used to transport donations. Volunteers for the pantry are from both churches and other area churches as well.

Since the catalytic converters (this van had two) were stolen from the van, pantry volunteers now drive their personal vehicles to Kroger to pick up donations of close-dated and out-of-date products. This has made it necessary to have extra help so more than one trip can be made for donation pickups.

Marcy Thomas, a volunteer at the Bridge Pointe Food Pantry, has stayed positive despite the extra difficulties this poses. “It hasn’t dramatically crippled us because we’re determined to just keep going,” Thomas said. 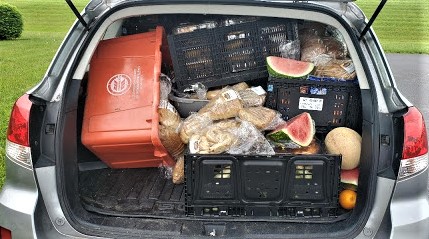 A volunteer’s car is completely stocked with food, now that the van is out of service. Photo by Marcy Thomas

Hannah Joy, another volunteer, said she’s motivated to continue serving the community to help spread a Christian message. “Sometimes the best way to minister is through love,” Joy said.

Over the last year, similar incidents have happened to other religious groups. According to records from the Hamilton Ohio Police Department, the catalytic converter was stolen from a van at New Life Mission food pantry, Nov. 20, 2019. And according to Judy Reichle, a trustee at Immanuel Baptist Church in Hamilton, the catalytic converter was stolen from that church’s van early last summer.

Oxford Township Police Sgt. Patrick Piccioni said there’s no known evidence of a connection between these crimes. Piccioni said church vans can be an “easy target” for this type of theft because they often stay in the same spot without being monitored.

The catalytic converters can be accessed from under the van, are easy to remove and can be sold for scrap, Piccioni said.

Piccioni said it’s best to keep vehicles inside a garage if possible.

The COVID-19 pandemic has led some families to struggle with job loss and rely on food pantries more heavily. Thomas said that the Bridge Pointe pantry has not struggled to meet demand and that pantry clients are especially appreciative during this difficult time. “They’ve expressed to us that we’re filling a bigger need,” Thomas said.

The volunteers said they think it’s important to get the van back up and running, even though they’re handling the difficulties of not having it. “If we take a bigger vehicle, God’s going to fill it up,” Thomas said. 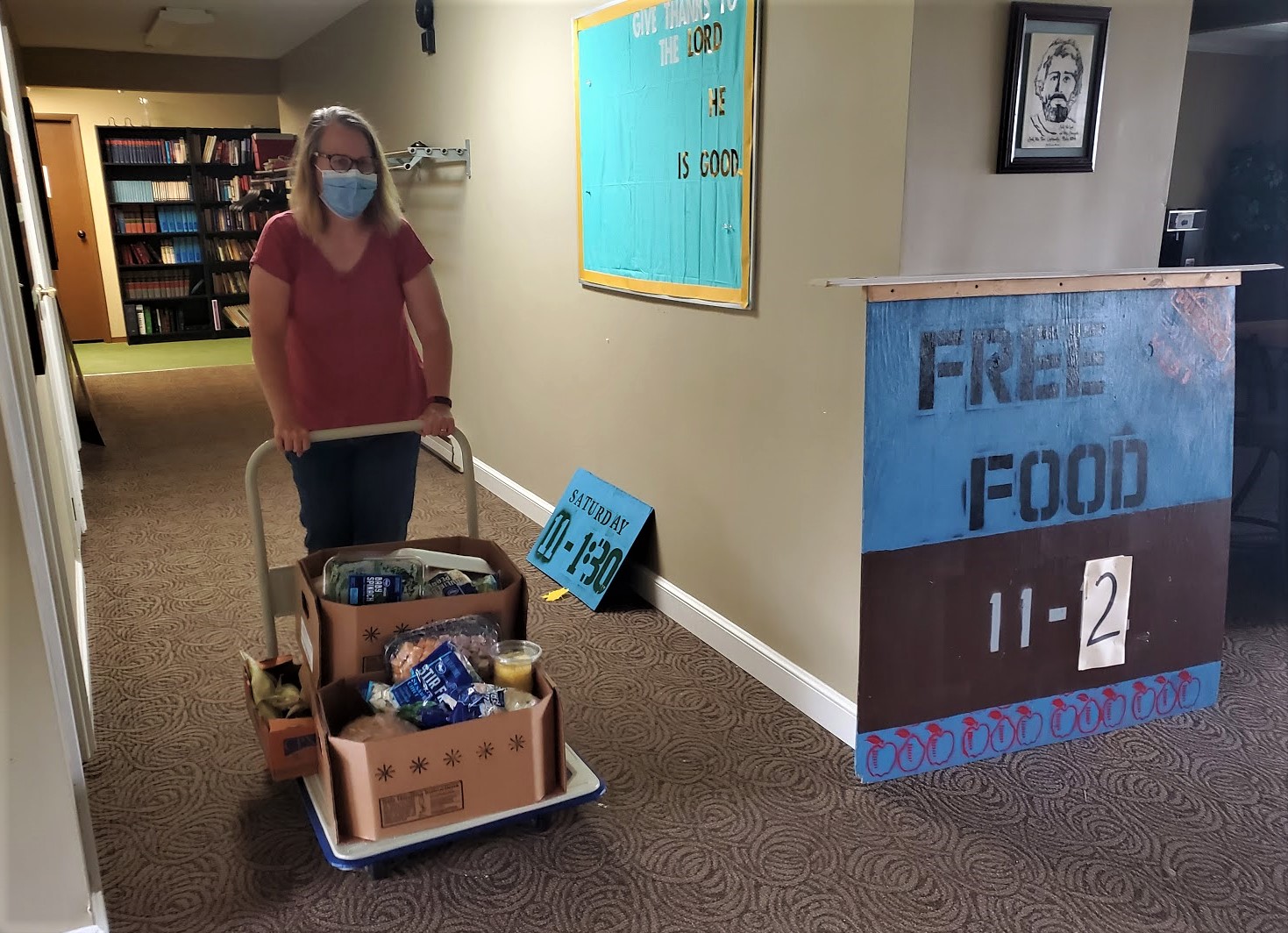 The pantry opened in 2018, and serves an estimated 60-70 families (between 300 and 400 people) each week. No paperwork is required to pick up food, which is different from food pantries where applications are necessary.

Any individual or family that needs food can go to Grace Pointe Church between 2 p.m. and 3:30 p.m. Thursdays and between 11 a.m., and 1:30 p.m. Saturdays. Usually people being served can handpick from the pantry, but in light of COVID-19, volunteers are delivering requested items and amounts directly to cars.