Talawanda Board of Education candidates head into elections 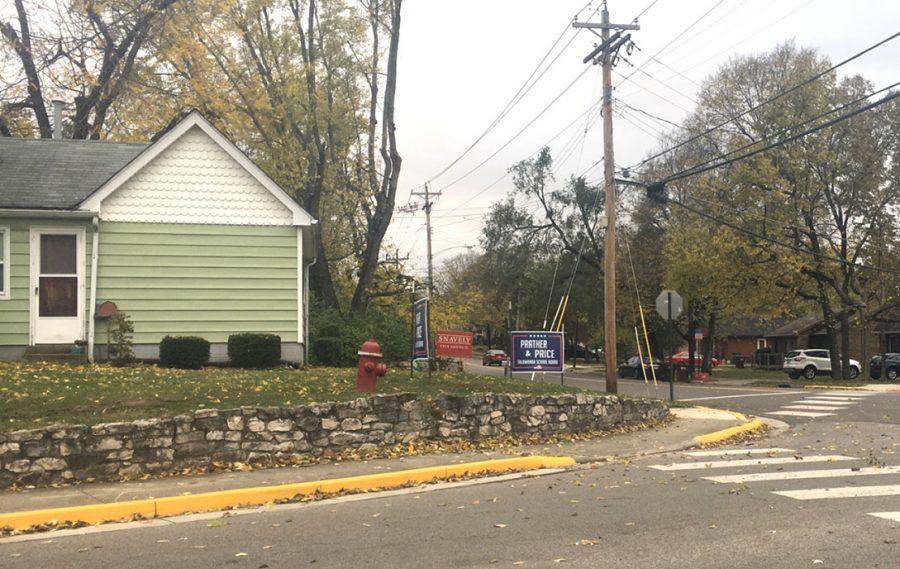 Andrea Prather and Bryan Price are running for the Talawanda Board of Education as a team, sharing yard signs such as this one. Photo by Aaron Smith

Election Day is four days away and the Talawanda Board of Education race is heating up. There are three seats available and six candidates —  Kathleen Knight-Abowitz, Rebecca Howard, Chris Otto, Andrea L Prather, Bryan Price, and Lois Vollmer– are  running.

Some of the issues that have been circulating on local Facebook chat rooms and at a recent candidates’ forum sponsored by the League  of Women Voters include the disparity of  school start times between the high school and elementary schools, the budget and the recent state report card that downgraded Talawanda from a “B” to a “C.”

Knight-Abowitz is a professor in the Educational Leadership Department at Miami University. She has her PhD from the University of Virginia. She is the founder of the Talawanda Community Advocacy for Public Education, a member of the League of Women Voters and the Talawanda Community Advisory Committee, which seeks the community’s voice on different school topics. Knight-Abowitz was a parent in the Talawanda School District from 2005-2019. She said she has been spending her final week of campaigning knocking on doors and meeting new people.

She said she is concerned about the state report card rating and stressed that parents tell her they want to know that their schools are doing well in educating their children.

She also said it might be possible to address the school start time issue by having children of different age groups ride the same buses, instead of having younger children on some buses and older students on others. Mixing the students might allow fewer bus trips and therefore later start times for the older children.

Howard is an instructor at Miami University in the Education Department. She has her PhD in educational leadership. Howard has lived and worked in the Talawanda School District for 41 years, including running the Oxford Early Childhood Center which she started in 1986 and closed in 2014.  Howard has a daughter who was a 2014 graduate from Talawanda High School.

Howard has spent her last week of campaigning by keeping up with her yard signs, talking to different groups, and knocking on doors to talk to residents from Oxford. She believes the top issue facing the Talawanda School District is its finances.  The district has a 4% budget deficit, which must be addressed, but she is wary of suggesting any specific cuts.

“I don’t want to cut anything that will affect the quality of education or any staff cuts” said Howard.

A group from the Ohio Department of Education will be coming to the district to take a deeper look at the budget. She said she wanted to wait and see what the group recommends.

Howard also says there needs to be more diversity in the school staff and faculty. She favors a live streaming of school board meetings, similar to the system used by Oxford City Council. The school board declined to consider such a system last year.

Otto is the only incumbent member of the board running this year. He has been on the board for the past four years. Otto has lived and worked in Oxford for 30 years and is the senior director of university advancement finance and business services at Miami University. He has a bachelor of science degree. He said he has been putting up signs and talking with people in the community during his final week of campaigning. He said his top three issues are  safety for students, academics, and fiscal responsibility.

“It’s great to change but there is a price tag to do that, very expensive to change,” he said in response to a question on changing the school start times.

Prather said she and Price are running as a team. They have posted many yard signs containing both of their names and she says they have common views on the need to reduce the district’s spending because this is the first time in 14 years that the district has faced a deficit. But she said, the duo also believes that a tax levy is not an option, but offered no suggestions as to where the budget could be cut.

“In the final week of campaigning it is imperative to get the truth out to the voters.” Prather said.

Prather is a 1996 graduate of Talawanda High School. She is an administrative assistant in the Butler County Adult Probation Department. She has five children in the Talawanda schools.

Price did not respond to requests for an interview in connection with this story.

Vollmer is a graduate of Reily High School. She served on the Talawanda School Board for 12 years, before losing a re-election campaign. While on the board Vollmer was the liaison for the Talawanda Board for Butler Technology.

She said she spent her last week of campaigning putting signs up and talking to people around the community who have questions.  She said she believes the top issue concerning the district is finances because of the deficit. She said she isn’t sure exactly what to do to fix the budget, but does know that something does need to be done before the deficit is bigger and a levy is necessary. She believes that the district should begin saving money without cutting anything from the curriculum.

Vollmer also expressed concern over the decline in the state report card rating.

“C is for mediocre for Talawanda,” Vollmer said.