Children learn the art of clowning at local circus camp 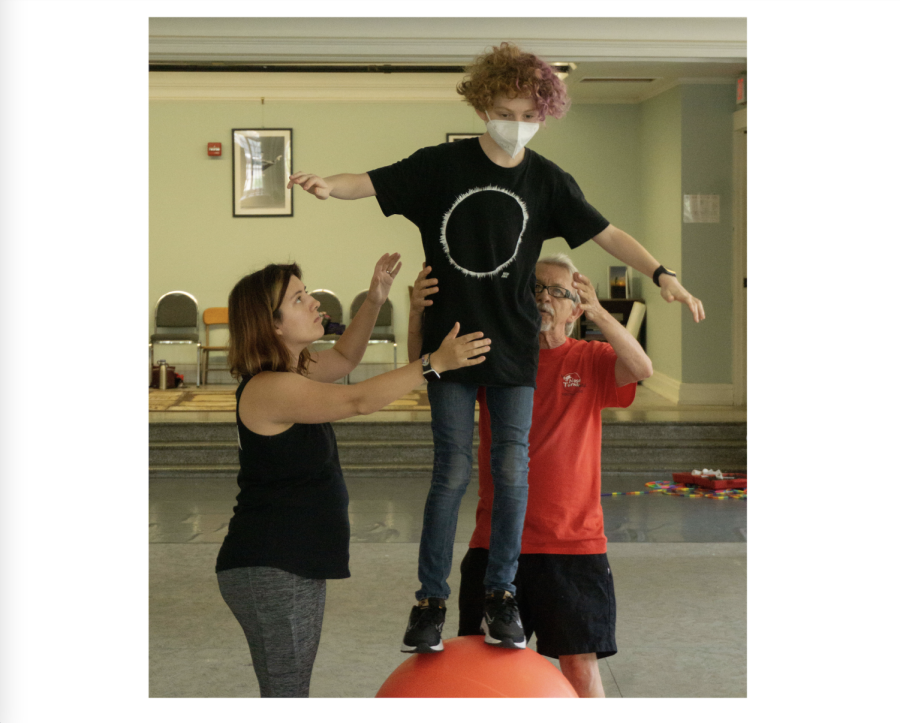 Children learned tricks including the German wheel, rolla bolla and tightrope walking during the weeklong camp.

“I am really into theater and the performing arts,” attendee Olive Rice said. “This camp had a really good combination of the physicalness and theater fun I like.”

The program began in 1984 to create a fun and non-competitive environment for children to learn the basics of creating a clown character to boost their confidence and creativity.

“We have taught hundreds of kids, many of them staying on year after year like we wanted,” co-founder Steve Roehker said. “It has been awesome watching them grow up, we have always wanted a home base like this and to spend as much time with [the students] as possible.”

“It is super fun, and I have learned a lot of fun tricks to show my friends,” student Eleanora Ross said.