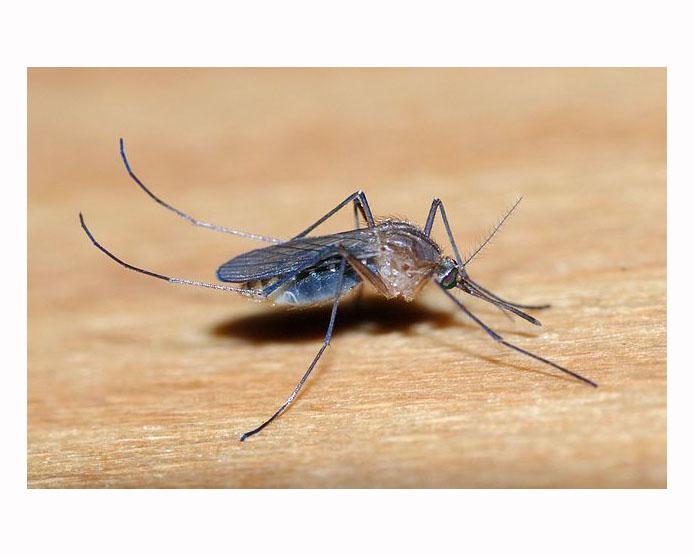 A female Culicine mosquito, species of which can be found on every continent but Antarctica.

“We do not spray for mosquitoes in the Oxford community, but we encourage residents to wear bug repellent and get rid of any still water they have on their property to keep mosquitoes from breeding,” Oxford City Manager Doug Elliot said.

Although the Ohio EPA has announced grants totaling $813,000 for mosquito control this year, with $10,000 coming to Butler County, those funds go to the Butler County Solid Waste District to offset the cost of a scrap tire removal and recycling program held each November.

Scrap tires contribute to the problem by serving as breeding grounds for mosquitoes, Ohio EPA Director Laurie Stevenson said in a press release.

“There is not a tire dumping issue in Butler County, but people don’t like paying the $4 disposal fee when they change their tires each year, leaving them no choice but to take them home and let them sit,” Butler County Environmental Health Director Karrie Yeager said. “This recycling event is a great way to get them out of the community and stop mosquitos from breeding.”

“Anything you own that will hold water for longer than two days becomes a breeding ground for mosquitoes: bird baths, barrels, kiddy pools, troughs and tires,” Yeager said.

This year, the Butler County Board of Health did not apply for money from the Ohio EPA for anti-mosquito dunks and sprays, although it has in the past. “Due to COVID-19, the health district has a surplus of usable dunks and spray,” said Erin Smiley, director of health promotion.

The dunks and sprays will be distributed to the communities and townships in Butler County throughout the summer, Smiley said.